For the development of 118 MW Nikachhu Hydro Power Project, lease agreement was signed with the Ministry of Economic Affairs on May 1, 2015. A total of 195.262 acres of Government Reserve Forest Land were taken on lease for development of internal access roads, muck disposal area, colonies and contractor construction facility. To minimize the number of affected household, efforts were undertaken during the design stage by relocating the power house to existing location at Norbuodi (latitude 27°29’12.44″N and Longitude 90°29’26.71″E) from Tangsibji village. Other additional CSR activities are also carried out by THyE besides implementing CDP in the Resettlement Plan. The Environment & Social Impact Assessments Studies, Environment Management Plan and Resettlement Plan of Nikachhu Project were carried out by M/s Bhutan Consultant and Research (BHUCORE). M/s Price Water Coppers (PWC) recruited by Asian Development Bank (ADB) was in-charge of an overall role for the Environment and Social Impact Assessment (ESIA). As per the Asian Development Bank Safeguard Policy Statement 2009, the project is classified as Class “A” in terms of the Environment aspect and Class “B” in terms of the Social aspect. All measures setforth in EIA, EMP and RP is being implemented by THyE. The Environmental Clearance (EC) for development of 118 MW Nikachhu Project was accorded by National Environment Commission of Bhutan on July 01, 2014 and renewed on August 12, 2016. The clearance is valid till August 11, 2021. 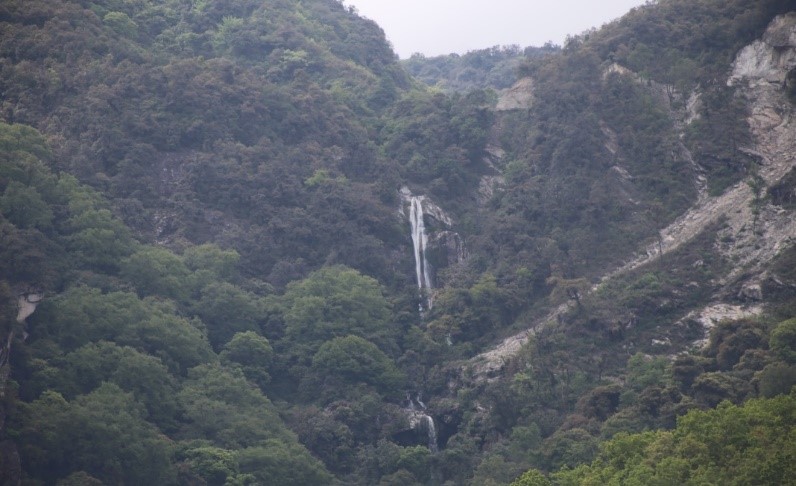 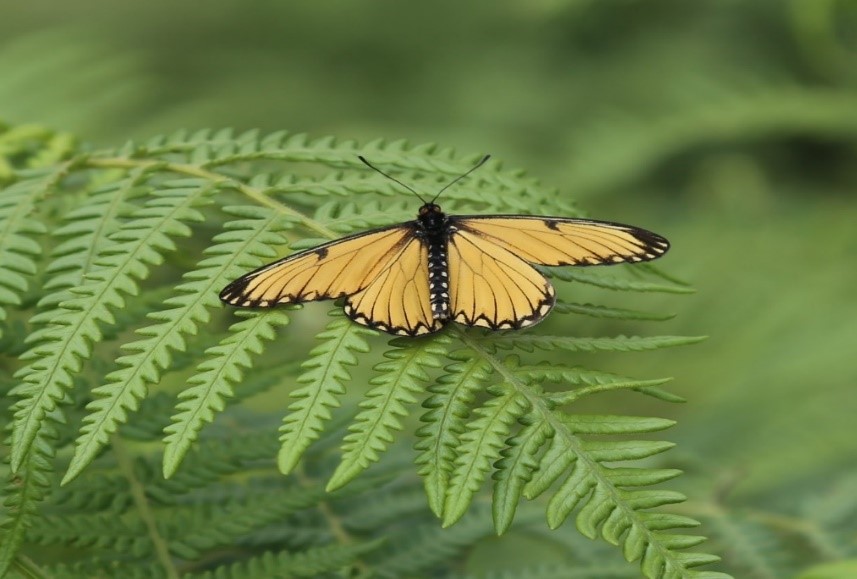 Memorium of Understanding was signed between Gross National happiness and Tangsibji Hydro Energy Limited for Compensatory Afforestation programme. Grant amount 15.00 million was agreed for implementation of the plan from 2016-2019. The compensatory afforestation includes comprehensive programme such as Bio-engineering works  along the access roads in the project area, plantation  on barren land, community water source protection and development of nurseries in the locality. The programme is implemented by Department of forest and Park Services.

Rescue of endangered plants and species in the project area was initiated in collaboration with National Biodiversity Centre and a Botanical garden was developed in Trongsa, one botanical garden at bermoo, Zhemgang and two orchidiarium in Tangsibji village, Trongsa.

THyE as the developer of Nikachu Project is concered about illegal poaching as there are ample chances of workers trespassing into the Park area. THyE has carried out mass awareness programme in the project area informing the workers of the Forest and Nature Conservation Rules 2017, Waste Prevention and Management Ac 2009 and the associated penalties  with the offences

THyE and CFMU carry out joint monitoring of the project area. In addition, JSWNP carries out periodic independent patrolling q THyE will coordinate awareness programme with DoFPS on Forest and Nature Conservation Rule 2017 during this quarter of the year.

One of the pressing issues indicated in ESIA and also felt by the locals were on the wildlife predation on crops and livestock. In view of these issues, under the 15,800,000.00 million grant agreement with GNHC for Compensatory Afforestation programme, Nu. 1,500,000.00 were provisioned for electric fencing in the project area. Under the fund support by THyE, DoFPS has distributed 35 Km of electric cable line covering 4 (four) villages:Chendebji, Nyala Drangla, Tangsibji, Tsangkha and Sakteng in project area and 3 (three) villages in THyE catchment area. Geog staff and beneficiaries have indicated less record on crop damage after installation of the electric fencing in 2018. 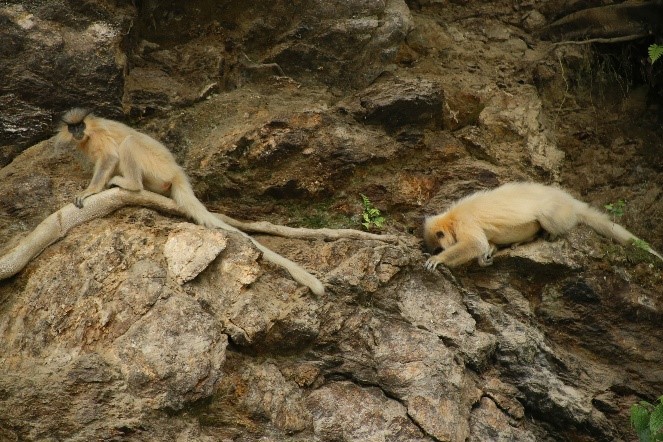 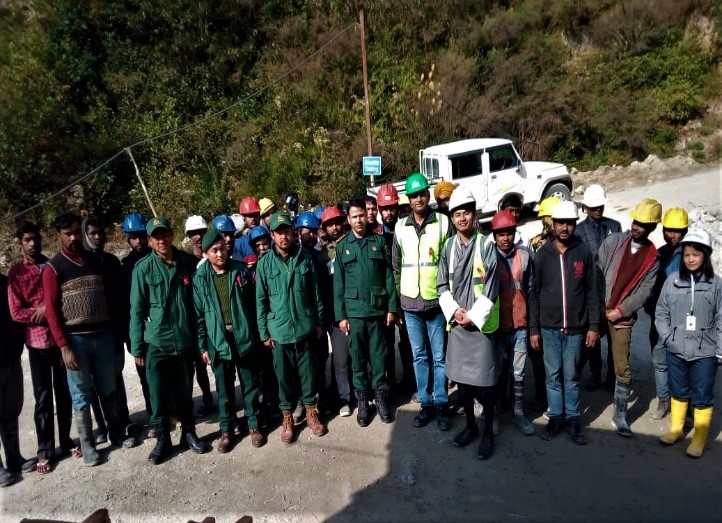 Local Field Forest Staff was given training on Fish Inventory and Identification.

There are two species in Nikachhu river namely snow trout and brown trout. 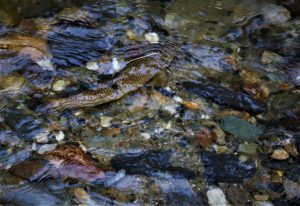 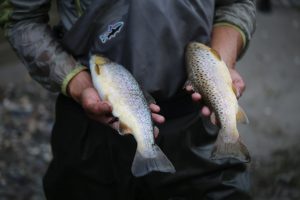 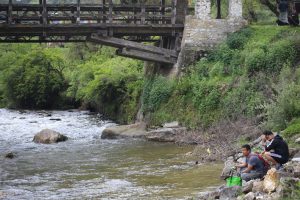 Nikachhhu catchment is sub-divided into seven major micro watersheds, namely Bushipachhu, Longtechhu, Khabarchhu, Dzongtegalachhu, Nobsangchhu, Nakhachhu and Gulela micro watershed, with an average slope of 43.7%. The land use type in the catchment is mainly open shrubs and forest and only a few settlements are present in the catchment areas, with most concentrated in the Longtoe micro-watershed. The Watershed Management Division (WMD) under DoFPS has carried out rapid assessment of watershed along Nikachhu since September 2015 under the fund covered by World Wildlife Fund (WWF). In total, 32 sub-watersheds were assessed including 13 in Tangsibji Geog. 31 sub-watersheds are classified as normal and one as pristine.

However, four sub-watersheds are classified as degraded by function of which Tsheringma Drupchhu and Zalamchhu fall in Nikachhu project area. The WMD had completed implementation of the Integrated Watershed Management Plan of the Nikachhu in 2018. Nikachhu catchment area upstream of the proposed dam site is about 373 km2.  There are no glacier-fed lakes in the catchment. The average lean flow of the Nikachhu at the proposed dam site is 4.8 m3/sec (recorded between December and March).  There are 26 tributaries between the proposed dam site and the confluence of the Nikachhu and the Mangdechhu; 11 of these are perennial.  These tributaries contribute another 0.45 m3/s flow in the leanest months.  Most of the rain falls during the monsoon (June-September). For  pictorial record of the  river, drone survey was done.

Dry wastes are only collected from project sites and disposed in Dzongkhalum landfill.

2nd day of every month is celebrated as Zero Waste Hour at project site of 118 MW NHPP. Data loggings are done by the contractor on generation of the waste types and its quantity.Tangsibji Hydro Energy Limited has deployed a waste management team comprising of a Garbage Compactor Driver and one ESP. Aside from collection waste from project site, the compactor truck also carry out timely collection from the Chendebji, Tangsibji, Tashiling and Tsangkha Village. Only dry waste is being collected and disposed to Dzongkhalum landfill. 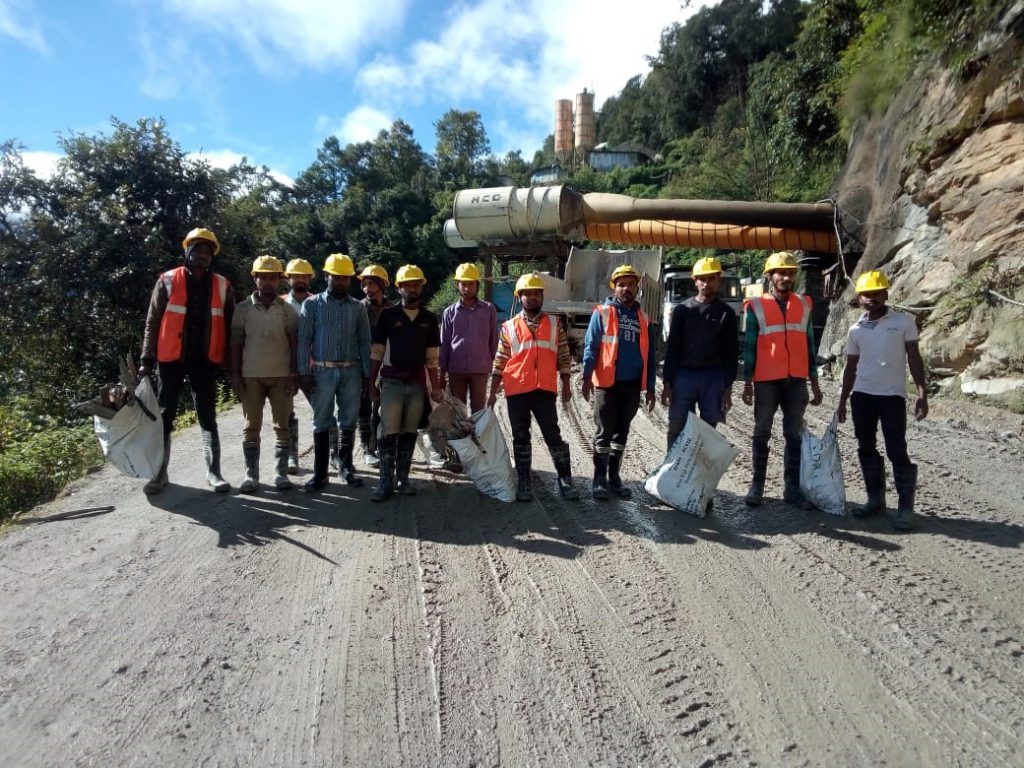